Doctors Don’t Do Coffee – Why Should You?

By Ari Galper, the world’s #1 authority on trust-based selling

The notion that you must be buddy-buddy with a prospect before they will do business with you is wrong, delays bringing them on, and costs you a lot of time better spent elsewhere.

The idea that people only buy from those they know and like, is one that the traditional sales gurus have taught for decades.

But it has led many advisors to think they need to socialize first and do business second, resulting in extended sales cycles and awkwardly chasing their prospects with “just checking in” or “how are things going?” emails, text and phone calls.

They spend time and effort building what they think is a “relationship”, only to get “we’ll get back to you if we’re interested”.

Think back to the last time you saw your doctor.

Did he or she attempt to build a relationship with you, or even suggest getting together for a cup of coffee?

Probably not, yet without a formal relationship with your doctor, you follow their advice and pay their fee without hesitation.

The truth is, your prospects don’t necessarily need to like you to trust you.

Because unlike the kind of trust that occurs in a social context, trust in a business context depends on whether your prospects see you as an authority.

A doctor portrays authority through a specific consultation process and their bedside manner.

They focus on diagnosing your problem, which demonstrates they have no other agenda except to help you.

There’s rarely drawn-out chit-chat or superficial rapport-building that would make us feel they have an ulterior motive.

Their purpose is clear and simple: get to the bottom of our problem so they can accurately prescribe the solution – so they can see their next patient.

The experience usually happens in one step, instead of multiple steps, with little or no resistance on your part.

Trust is built inside the entire experience.

To convert more prospects into clients, try dialling down the social chit-chat and “relationship” building in your initial meeting, so you retain your authority.

A real relationship can be developed after they become a client, rather than before.

Here are three recent Financial Advisors, thankful and appreciative for discovering why they were losing clients by following the “normal industry accepted” sales process:

If you’re not converting 10 out of 10 qualified prospects, then you’re leaving a significant amount of money on the table.

Do you have qualified prospects who show strong interest through multiple meetings, but end up slipping through your fingers, and never calling you back?

Are you doing "free consulting" and educating your prospects, proving your value, yet you still hear the dreaded: "I want to think about it"?

Are you "following-up" after your initial sales conversations, not getting the response you're looking for, questioning why you even have to "chase" in the first place?

If any of the above applies to you, then Get Your Free Book & "Plug Up The Holes" Consultation

Order the new book “Unlock The Sales Game” below and get a free “plug up the holes” sales conversion review (value $995).

When you order the book, click “Yes, I’d like a complimentary consultation” in the form, and you’ll receive an email to schedule your confidential sales conversion review. 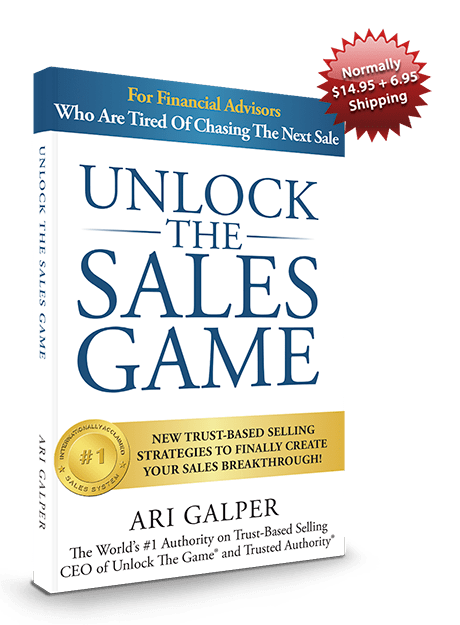 Yes! Send Me The Free Book!
(This is a Real Book, not a downloadable PDF, we will pay for the full postage and mail it to you) 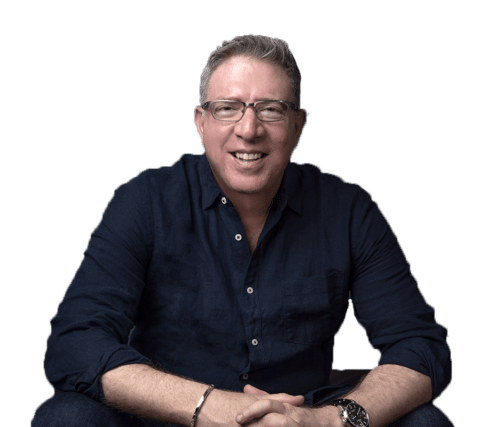 Ari Galper is the world’s number one authority on trust-based selling and is one the most sought-after sales conversion experts for Financial Advisors.

He is the creator of Unlock The Game®, a completely new revolutionary sales approach that overturns the notion of selling as we know it today.

Ari has been featured in CEO Magazine, SkyNews, Forbes, INC Magazine and the Australian Financial Review.

His newest book, “Unlock The Sales Game”, has become an instant best-seller among Financial Advisers worldwide.

With clients in over 35 countries, his global sales systems have become the most successful Trust-Based Selling systems of our time.

In a day and age where technology rules the selling world, for many growth-oriented advisors, deep trust has taken a “back seat” to the sales process.

Ari’s personal insights on how to build trust between buyers and sellers continue to break new ground in the financial services industry.

Ari has been on a mission for the last two decades to change the financial services world through trust.

He regularly connects with global business icons and leaders of industries seeking his counsel on how to infuse trust in their organisations and across their teams.

Ari is a true “disruptor” in the financial services industry. He has been endorsed by legendary sales mentors like Brian Tracy who said: “Ari Galper’s trust-based selling approach is the greatest sales breakthrough in the last 20 years”. 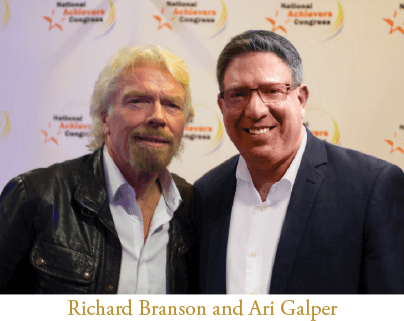 His work in the trust-based selling field, focusing on reversing control of the sales process, from buyer to seller, is considered category-of-one thinking, with over a two decades of proven execution and results.

Play Video
Yes! Send Me The Free Book!
(This is a Real Book, not a downloadable PDF, we will pay for the full postage and mail it to you)