“Ari, I just had to share this with you. Some background: This prospect had actually attended a seminar of mine in February 2011. We had been communicating with them for over a year with emails and newsletters etc. They emailed me about 6 weeks ago and scheduled their first appointment and we had already been through 3 appointments. We had scheduled a 4th appointment for last week but wasn’t really sure what to expect. I decided to call him the night before and use some of the language that you introduced to us in Pittsburgh. I asked him for some feedback (instead of “follow-up”) on the illustrations and what we had proposed. Also asked what he would like to accomplish in our visit the following day? Spent about 15 – 20 minutes with him on the phone.

When he came in the next day it was literally the easiest and least resistant sale I have ever made! He initially wasn’t going to give all of his money, he was thinking of doing some of his annuity business with me and maybe 300-400k of managed money. WOW was I surprised when he said let’s do 1 million in annuities and 1.2 million in managed money!! He moved all of his money to us!

Interesting side note, he started off the conversation by saying “Brian we met with you a few times now and Betty and I feel like you really understand our situation and what we are looking for.” After that it was just a couple of details and bringing Ann in for the paperwork.

Needless to say it was a good day’s work, 1 million x 7% = 90k plus the managed money? (Also it’s worth noting that this was my first 1 million dollar annuity and 2 million dollar plus case).” 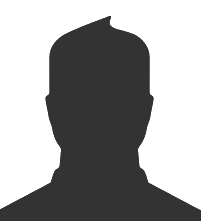 “The fear of phone is no longer with me!”

“What I’m discovering with Unlock The Game is that my dread of picking up the phone has disappeared, and that was my downfall 99% of the time, as most people in sales can possibly relate. But with this new mindset people on the phone just open up to me, I don’t have to push or manipulate and I’m getting great conversations, finally. Setting appointments is now a breeze because as you teach with your Mindset, it’s not about the appointment, it’s about my ability to build trust, that’s the main focus and that’s what makes me successful. I only wish I had found your program years ago.

“Almost the day after studying your CDs and Ebooks, my over-the-phone appointment setting ratio jumped 50%. Your cold calling approach is so novel yet so natural that people I call immediately relax and we end up having solid conversations together. Bottom line: your Unlock The Game program has jump-started my cold calling efforts and Im saving a huge amount of time because I can now qualify people quicker, without the fear and rejection I used to experience before. Why wasn’t your program around years ago!”

“What happened over the years? Why has selling become so painful? Well, all I know is now I can go back to being myself again. I always hated being associated with the negative “salesperson” stereotype, you know what I’m talking about. Ari, you have taught me how to “let go” of all those old selling habits that have made me feel like I was intruding on the people I called. Your program has released me from that fear and awkwardness that’s always held me back. Bringing trust back into the selling process is one of the most profound ideas I’ve come across in years. Keep up the good work!”

“I just wanted let you know how important your program is to me and my company. I now find myself calling new people and really enjoying it. This has been an amazing mindset change for us! We can’t help everyone — nor do we think we want to try!!! Ari, you have helped us to “weed the garden” — so to speak. Your approach is simple and to the point, yet profound in it’s richness on how it builds trust between strangers.” 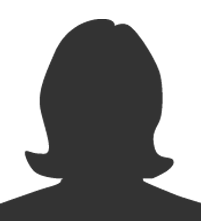 “Ari, I am integrating the strategies from your Unlock The Game program into my sales conversations (not pitches any more) and am seeing measurable results. I commend your ingenuity.”

“Thanks for codifying an honest, fearless, compassionate sales system.”

“This program has shifted my entire way I connect with people. My relationships that I’m forming are much more meaningful when I’m selling, my income keeps going up, and selling gets easier everyday. The best thing about Ari’s program is that I no longer have a dreadful fear of cold calling and all that reluctance I used to feel has melted away. You really can’t experience the mindset unless you dig deep into Ari’s materials, but once you do, you never go back to that old way of selling where you feel awkward and uncomfortable. Unlock The Game should have been around 20 years ago”.

“I’ve made 1,000’s of sales calls over my career and now realize I’ve been doing it wrong the entire time”

“I just got off the phone with my buddy Sam telling him I am truly blown away by the Unlock The Game program. It flips traditional selling on its head and the results are truly amazing. Just today, with the few new skills that I learned from the program, I got a speaking engagement in Cherry Hill, NJ and another large presentation in Road Island to speak to a group of high level managers. I’ve been using the phone to sell for years, and now after studying Ari’s program….I realize I was doing the same thing I learned the first year, over and over again. Thank you Ari for giving me a new lease on life, because now I actually enjoy cold calling!.”

“God bless you for “languaging” the selling language I’ve developed in me over the past 13 years which needless to say has been a huge “missing” in my career. I’ve been using your “language” and I’m finding people are being drawn to me. I’ve retooled my whole approach. Funny, I was once coached a while back by a guy who use to tell me to “give people a huge way out” when your talking with them about your services, but the “how” was never outlined. You’ve found the missing link and it fits like a glove.”

“I’ve made 1,000’s of sales calls over my career and now realize I’ve been doing it wrong the entire time”

“I used to burn through 50 – 75 leads each day before I’d get 1 interested prospect. Not anymore. Now that I’ve changed my mindset and studied Ari’s program, I’m making half the amount of calls and getting more appointments than ever before. I feel much more relaxed and less pressured to get the appointment and I sense that same feeling from the prospect as well. Unlock The Game really does work and your questioning whether it will work for you, then you are on the outside looking in. I always knew that there was a better way to cold call and now I have finally found it."

“My Prospects Relaxed So Much, They Felt They Could Ask Me Anything.”

I’ve always wanted to adopt a philosophy of selling, that’s conversational and doesn’t use a “sales pitch”, but until now, I’ve never found anyone with such clarity on how to do this. Once I learned your mindset and how to open a cold calling in a natural way, I discovered that engaging prospects over the phone is relaxing and enjoyable. One example was from a first time buyer meeting. I started the meeting by letting them know.

I was opened to exploring all aspects of what was on their mind and to discover whether it’s appropriate to move to the next step, if that’s what they wanted to do. You know Ari, they got so relaxed with me, it opened the dialog to the point where they completely trusted me and asked me everything on their mind. In the end, we both discovered their financial position wasn’t were it should be to move forward and they happily told me when they get their finances in order, they are going to list with me. Unlock The Game is a true breakthrough.”

“I went from a chef to a sales superstar thanks to Ari’s Unlock The Game.”

“I started doing sales 8 months ago having never sold anything before. I have worked as a chef most of my life, so changing to cold calling and making appointments to sell investments over the phone was very strange to me. I wasn’t very good at it and I was only getting 3 appointments set a week. I knew if i didn't get some sort of advise or help I would get the fired. I now make 38-50 appointments a week!. And I’m still getting more & more each week that goes by. (not bad for someone who has never sold anything before:). All of this success is because I didn’t hold back from getting my hands on everything I could that Ari created. Unlock The Game is fundamentally changing the sales game and this is the only approach anyone should be using. I cant thank you Ari enough for helping me.”

“A Breath of Fresh Air From The Old Way of Selling”

“I’ve been hitting my head against the wall (so to speak) for months trying to figure out why selling financial planning is so damn tough. After applying Unlock The Game across the board in my phone calls, marketing letters and tradeshow strategies, it finally hit me why my business has finally turned around for the better: your program has given me a profound release from the old school selling ideas that everyone in my industry still uses day in and day out. I now have the keys I had been looking for to finally figure out how to have my prospects, at first contact, trust me and share with their problems openly, without hesitation.”

“This is the Best Kept Secret in the financial industry!”

“Unlock The Game has completely revolutionized my entire sales approach, thinking and of course results! I no longer have to chase clients for business, succumb to degrading myself as a “sales person” and have boosted my income because of this incredible program. Who would have ever thought that after all these years in the financial industry, myself and my colleagues have been chasing the elusive “sale” rather than focusing on creating trust. Trust = Sales and Ari you are the inventor of this!”