A Bucket Full of Holes 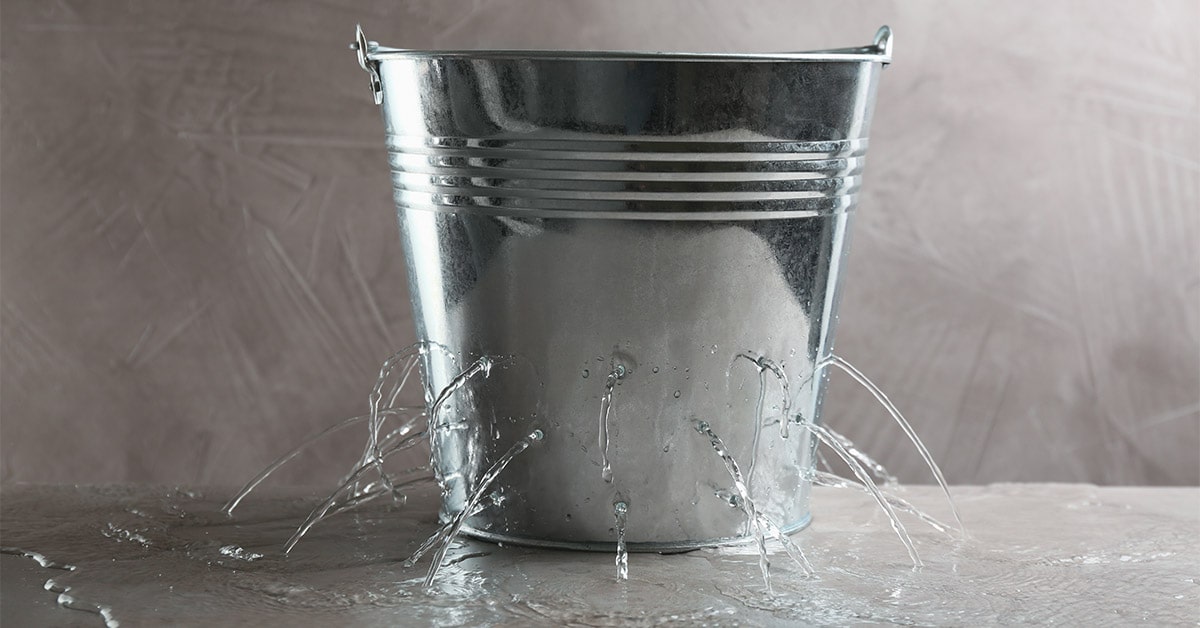 From time to time, my live chat staff passes me intriguing messages from visitors on our website.

This is one came in from John last week:

“I have a role play interview coming up on Tuesday. During the role play, I’m expected to make an appointment as a result of a cold call on the phone. My problem is, how do I let go of the agenda of making the appointment, when without one, I’ll be out of the interview without an offer. I understand that uncovering the truth is important, but since this is an ARTIFICIAL situation, I was hoping you could help me with a few suggestions.”

I don’t respond to most of the random messages that come through my website because hundreds come in every week. I spend most of my time with private Unlock The Game clients.

But this message was interesting. As I read it, it hit me that there was an underlying mindset conflict that needed to be addressed head on.

So I analyzed it carefully and came up with some insights.

I hope John reads this email before his Tuesday interview.

I’ll tell you why in a moment.

This poor guy is being asked to pretend he’s making a real call in front of a sales manager. This manager is probably looking for typical “salesperson” characteristics like:

– A relentless pursuit of the sale

Oooh, that makes me cringe.

The only way John is going to get the job is if he demonstrates what his interviewer expects.

To his credit, he’s obviously studied some of the free material on my site.

His intuition is telling him that getting to the truth of whether or not there’s a fit makes more sense than just trying to “close” a prospect.

But he doesn’t see the profound clash between his interviewer’s expectations and what his gut is telling him to do.

If he gets this job, he’ll probably be forced to behave in ways which conflict with his new beliefs about approaching people over the phone.

He’ll end up having to swallow rejection.

I’ve seen this happened to thousands of well-intentioned sales people.

Let’s look at John’s viewpoint and uncover the issues he’s struggling with.

By asking me for a “few suggestions” John thinks he can put some Unlock The Game “patches” on old school selling and somehow make the combination work.

That kind of thinking is like trying to fill up a bucket full of holes by pouring water into it.

Trying to change conventional sales thinking, with a few “tips or suggestions” just won’t work. To make a fundamental shift in mindset, a person needs to be open-minded and willing to “let go” of entrenched sales habits.

A supportive environment and community of like-minded people who are open to change is needed to make that transformation.

What John Can Do

He could join the crowd and continue clinging to old school sales guru thinking. That’s what most people do.

Alternatively, he could totally root out his old school attitudes and behaviors.

He could be true to himself. If he believes that focusing on the prospect’s truth makes more sense than railroading people into a “yes”, he needs to commit to developing the necessary skills to do just that.

John has to make a living, like the rest of us. I respect that.

If he wants to, he can “play the game” with his interviewer to get the job. Once he’s working, he could use the Unlock the Game approach with his prospects over the phone.

He’d probably have to do it quietly at first. Later on, after he gains more sales traction and proves that what he’s doing is working, he can let his manager and peers know what he’s been doing.

Some people might think I’m suggesting that he be a “phony” on his new job by “going covert” in this new work setting.

It’s just the opposite.

The truth is that “going covert” would allow him to clear a little private space for himself.

Then he could cultivate his new skills in peace. Sooner or later, he’d be ready to play an open hand.

And we’ll be here to help him.

Thousands of sales people have successfully “come out on the other side” by choosing this path — and their results and peace of mind is proof of that.