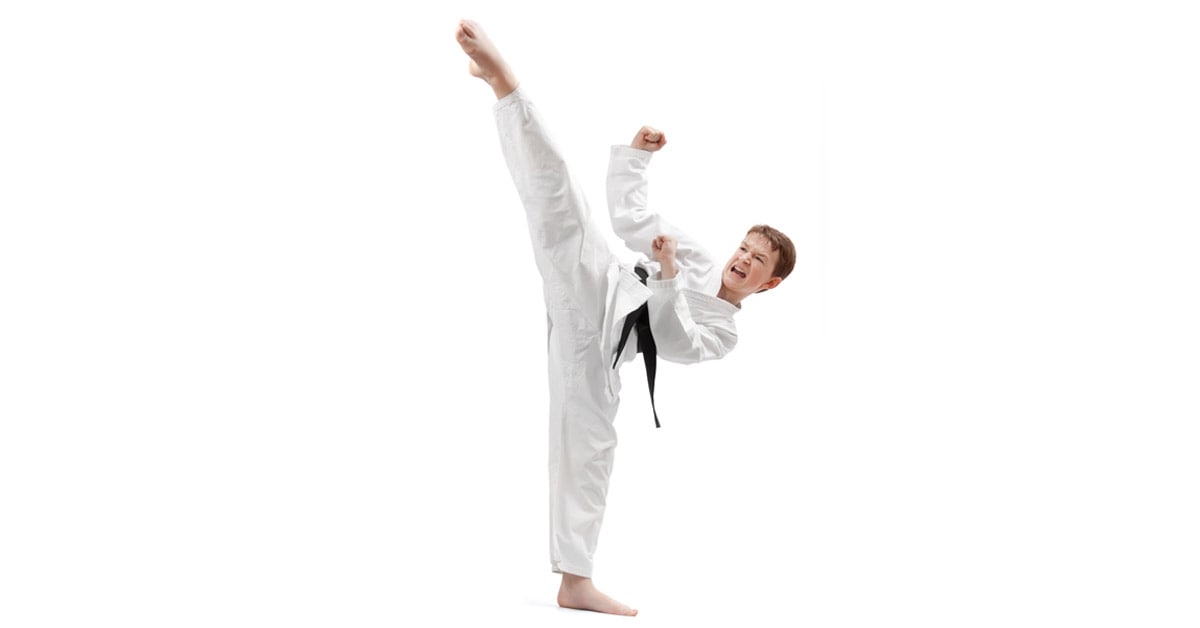 My 5 year old son Nathan has been asking me to get him started in martial art classes over the last couple of years.

When he was 3 years old, I had him sit in my Aikido classes and he was fascinated with what he saw. As any young boy would, he loved watching the activity on the mats as I was moving between opponents, diverting them away from me without them getting a chance to touch me.

In the past year or so, the only Aikido studio near our home moved to another location across the city.

Since there wasn’t another Aikido studio near us, I’d been avoiding starting Nathan on another style of martial arts.

But since a lot of his school mates where enrolled in Karate classes, he asked if he could try out a class in a couple of different studios to see if he’d like to start lessons.

I decided that it wasn’t the style of martial arts that mattered, it was about the self-confidence and inner peace that he would gain over the years by being involved with this ancient art form.

So I picked one of the studios in our suburb and took him to try out a class last week.

He was really excited about going and for the last few weeks he’s been trying out his karate kicks on me.

We entered the karate studio for his lesson last Monday night and I met the instructor who seemed to be rather pleasant and friendly.

All was well as Nathan joined the class with the other kids who were wearing different color belts.

Everything seemed to be going fine until the end of the class when the instructor created a circle on the mat, with some rope, and picked two kids to get into the circle.

Something then happened that made me stand up out of my chair that shocked me.

Both boys start very aggressively pushing and tackling each other to force one or the other out of the circle.

It was like watching a school yard brawl. They were both using as much force as they could, with very loud cheers from the other kids saying: “Push him harder”, “You can win”, “He’s a loser”, etc.

Next thing I know, the parents of the kids in the ring where saying similar things like: “Go son, push him as hard as you can”, “You can do it, you can win”.

I was watching the equivalent of a cock fight for children and their parents were encouraging them to use all force possible to win.

I could see the boy who was being pushed out was very upset, he felt disappointed that his parents saw him lose and was embarrassed in front of his peers.

Nathan, was watching on the side with terror in his eyes. Keep in mind this is Nathan’s first class and he was probably the smallest of all the kids in the class.

I couldn’t believe what I was seeing.

The instructor, who was clearly enjoying this, kept egging the kids on to use all means possible to win the circle contest.

After about a minute or so watching this in total disgust, I walked onto the mat (the other parents wondering what I was doing) and took Nathan’s hand to walk him off the mat.

I helped him put his shoes back on, grabbed my jacket, and we walked out.

We got into the car and Nathan says to me still frightened: “Daddy, I don’t want to go back there anymore. I didn’t like the way the other boys were treating each other”.

Clearly this instructor was a *!*#@ (I won’t mention the word) here.

He was instilling in those children that it’s ALL about winning and losing. Translated for adults, focusing on your goal only, and not the other persons. Or explained in another way, how you treat people is less important that you getting what you want.

Those are messages that our kids should NOT be learning.

Our world has more conflict in it than ever before.

Nation against nation. Seller against buyer and spouse against spouse.

Now is the time when we need to encourage our children to be sensitive to other people. Listen to them, focus on them and create long-lasting relationships so that everyone WINS.

(By the way, I have nothing against Karate, in fact, I’m taking Nathan to his second Karate studio next week to see if he has a better experience this time, which I’m hoping he will).

I believe if we can all be role models to our children and treat others with respect, our next generation will have a better world to live in.

You’re comments are welcome below.