The Secret to Success That Most Never “See” 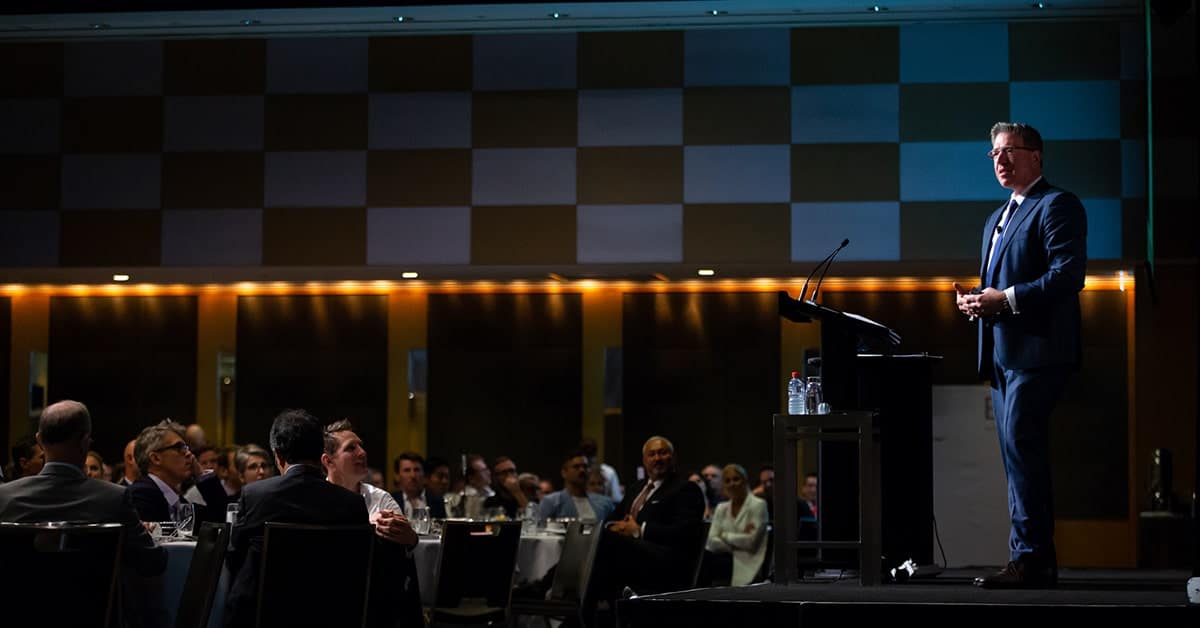 This past week, I put an order in for a box of new business cards for myself. I rarely use them, just when I’m speaking to large audiences and I’m approached afterwards by those who ask if they could reach out to me to get in touch.

I’m always generous with giving out my business card to those who carved out time in their day to come out and see me speak about how to create more sales by NOT focusing on the ”sale”, but instead focusing on trust.

(That is probably the only occasion when I do offer my card, because I protect my time ferociously and my staff knows that every hour of my day must be used to its highest value.)

It just so happens that this past weekend I spoke to over 400 budding entrepreneurs here in Sydney about how they can infuse trust across everything they do to change both their personal and professional lives.

After the talk, about 15 people came over and asked for my business card and I gladly handed them out in the spirit of reciprocity.

Over the past year, I’ve probably given out over 500 business cards to people who have said “I really love what you have to say, it’s the way of the future, I’ll be in touch.”

Surprisingly, actually not surprisingly for me anymore, out of the 500 people who asked for my card, only 5 have actually followed up and got in contact – that’s just 1% of the total.

The pregnant question is, why did the majority of those 495 people drop the ball and never get in touch after THEY were the ones that came over and asked for my card?

One simple reason: they didn’t TAKE ACTION ON THE OPPORTUNITY PRESENTED IN FRONT OF THEM.

The simple act of stepping forward and taking action has now become one of those rare success traits that only highly successful entrepreneurs, business owners and sales professionals adopt on a daily basis.

Why are so many people paralysed and prefer the status quo or lack of change, rather than stepping up and taking action?

This is just my humble opinion, and I’m certainly open to your feedback and comments (you can post those below):

Reason #1: Fear Of The Uknown

With all that’s happening in the world these days, many of those struggling to be successful have become a magnet of fear. What they watch on TV or read in the paper immediately becomes their reality in their subconscious.

When opportunity for change is presented to them, their conscious mind says: “Yes, that makes so much sense, I need to do that”, within hours their subconscious says in rebuttal: “Well, that can wait, it’s more comfortable to just keep doing what you’re doing, that way you avoid making things worse.”

That is the two-way dialogue that goes through the majority of people’s minds when a glimpse of opportunity is presented to them.

For example, I may speak with someone who is actually a PERFECT fit for Unlock The Game, they are sick of selling the old way, they realize this way letqs them retain their integrity and puts them on a direct path to a breakthrough, they can find the money to invest in the system, they even say they will get the program by end of the day… but morning comes around and they didn’t take action and now they’re back to where they were the day before, their own status quo.

Reason #2: Not Believing They Can Do It

If we are presented with an opportunity and it seems like it makes total sense, even seems like something we could consider doing, our subconscious says to our conscious: “It all looks good, but since you don’t have total clarity and confidence in your decisions, don’t do this, it may not work out.”

So we get almost to third base on our own, then we trip ourselves up by not having a clear visual image of us being successful implementing the opportunity.

Those who still struggle to be successful doubt their own ability to following through and become successful.

Sure many want the nice house, new car and plenty of money floating around in their bank accounts as a nice visual image, but reality is, many are terrified of what they will have to endure if they do reach success.

What will their family and friends say? Will they make snide remarks and try to bring them down to “reality”?

Will they have to “hide” their wealth so they can fit in with everyone else in their social circles?

Will their friends become envious and put pressure on them to come back “down to earth” with what they spend their own hard earned money on?

Don’t for a minute think these thoughts are uncommon….they are in the back of most people’s minds who flirt with success, but never make the breakthrough.

In a series of upcoming articles, I’m going to address each and every one of these “reasons” and turn them flat on their heads to give you a path towards true success while at the same time quieting your subconscious from overpowering your conscious.

Our most success Unlock The Game clients are the ones whose subconscious support their conscious thoughts…therein lies the true secret to success.