Whispers in the Airport Lounge 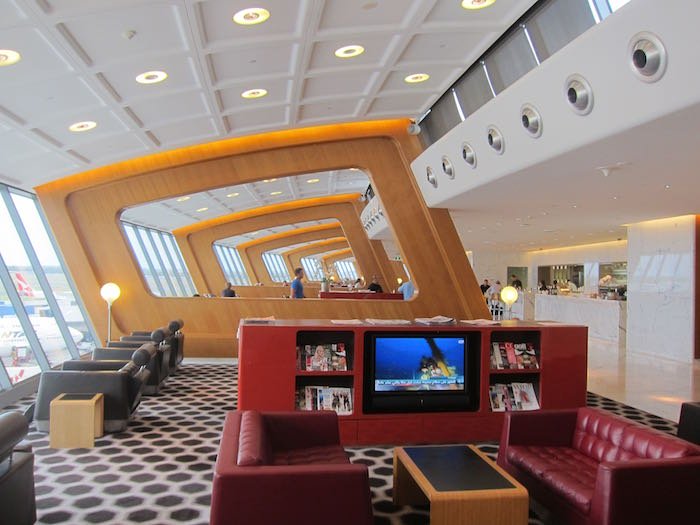 I’m just sitting here in the Qantas Business Class lounge waiting for my flight to leave from Sydney to Los Angeles.

It starts boarding within an hour or so.

This is my bi-annual 2-week trip back to the US each year that I take to upgrade my direct marketing skills and to visit my sister and dad in Los Angeles.

When I moved to Sydney a few years ago, my wife Michelle agreed my travelling back to the US twice a year made sense as a way to consistently invest in my long term marketing skills.

I’m going to be attending Yanik Silver’s Underground Online Seminar in LA and then Dan Kennedy’s and Bill Glazer’s GKIC Superconference in Nashville.

Now what prompted me to write you this is the conversation I mistakenly overheard by two guys sitting about three sofa couches away from me.

I was sitting here catching up on some personal reading  that I set a aside for this trip and my ears perked up when I started over-hearing their conversation — which wasn’t hard to do since it was particularly quiet in the lounge.

They were clearly both in sales because they were discussing a deal they were trying to close and most likely were partners in a business or worked for the same company.

They were saying things like “We need to make a stronger pitch…”, “We need to show them more value”, “We’ve got to figure out how to be more persuasive” — in other words, we’ve got to sell better.

You could sense the frustration in their voices.

It was a feeling like they weren’t doing enough to make their potential client see things their way — and they were blaming themselves.

And you could tell they probably invested a lot of money and time in this deal.

It’s almost like they pulled every trick out of their “sales hat” — but from their view, which clearly was about changing their potential client’s position to theirs, they were stuck.

Now you could imagine as I was hearing this, more than a few opinions entered my mind about their situation — that if implemented, could probably help them see the truth of why they were stuck and what to do about it.

And boy did I want to step in and hang out with them for a while, but there wasn’t enough time.

Because in the next 15 minutes or so, my flight was going to be called and I wanted to get this out of my mind so it didn’t stir inside me the next 13 hours on the plane.

So what I’ll do here is briefly share with you why I believe they are “stuck” and why most likely, it’s their own sales mindset that’s the culprit.

You see, their mental view of selling is clearly focused on getting their prospect to see things THEIR way.

When you think from that position it disconnects you from your potential client’s view of the world, which IS more important than yours.

Because your ability to draw a short line from your thinking to theirs is the quickest route to determining if you’re a fit or not.

If your line is long and going in different directions, your prospect is going to feel you don’t truly understand their needs from THEIR perspective.

And if there is one thing I’ve learned from coaching thousands of sales people and business owners over the years, it’s that the most direct route to building trust with a prospect — getting to the truth of whether the sales really exists or not — is connecting directly to their current problems (not future ones) so they feel understood.

And by getting to the truth early on in the sales cycle, you completely avoid feeling “stuck” and blaming yourself that you should be better at selling.

NEW SHIFT: The sale is lost at the BEGINNING of the sales process and not at the end — contrary to the mantras of the traditional sales gurus.

Things those guys most likely did:

1. Entered the deal focusing on THEIR goal of trying to “close the sale” for their purposes of “winning” a new account

2. Focused on presenting, pitching and telling the benefits and features of why the prospect should choose them

3. Never thought of converting their benefits and features into “problem-statements” that their prospect could connect with  and directly relate to

4. Followed a linear traditional sales model that assumes if they take the next step, their prospect will follow

5. Unknowingly applied a level of sales pressure along the way triggering their prospect to put up a “wall” to protect themselves from being sold to

Things those guys could have done:

1. Entered the relationship not making any assumptions and conveying that their goal was to help solve specific problems and not to persuade them to make a decision (this takes the pressure off)

3. Used languaging and phrases that replaces pressure-based sales and abstract language like “follow-up” and “value”

4. Allowed their prospect to create the “next step” so they don’t feel taken down the road to be “closed’

5. In every conversation with their prospect, being sensitive to subtle pressurebeing conveyed over the phone or in-person, prompting acknowledgement by saying “does that make sense?”, and listening closely so that they feel sincerely cared about

The world has changed, trust is a rare commodity — learn how to create it and you’ll never have to worry about being “stuck” on a deal again.