Why “Consultative” Selling Is Dead 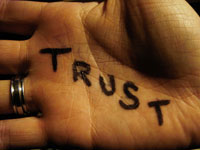 Usually when I take on a corporate engagement to transform a sales team to a higher level of sales results, based on the Unlock The Game trust-based sales approach, I always hit a lot of resistance in the first few hours when I’m face-to-face in front of sales team.

When they hear I’m coming into their offices to work with them, the initial buzz is usually:“We already build rapport and ask lots of needs-based questions, I’m not sure what we’re going to learn from this Ari fellow.”

When I ask them about what sales methods they’ve been exposed to in the past, most of them say they’ve been through consultative selling from some of the big-time corporate sales training companies.

Then they proceed to tell me that when they call into prospective clients, they work hard to build rapport by asking “business needs analysis” questions.

You probably know what questions they’re referring too. Those questions, very popular with many of the high-end sales models back in the 1980’s go sort of like this:

– What business are you in?

– What problems are you experiencing?

– What are you doing to fix those problems?

Those type of questions made up the foundation of the “consultative selling” movement which was very popular back in the late 1980’s and early 90’s.

Most large corporations still base their sales skills development programs on that model.

The reality though, is that consultative selling as we know it is DEAD, specifically based on the model of asking “fishing” questions to initiate a conversation and I’ll explain to you why that is.

Asking those questions worked great back in the 80’s and 90’s when prospects were less likely to be sceptical about taking a phone call from someone they didn’t know.

Back then it was common to not really know much about the prospect you were calling and if you started with really broad questions instead of a sales pitch, you could get pretty good answers and then narrow your questions toward the problems they were facing.

I remember those days pretty clearly, because back then I worked for a Fortune 100 company and sat in the back of the room watching those sales trainers lay out the model with their Powerpoint slides.

That model was embraced by most corporations at the time because it was the best alternative to just picking up the phone and making a sales pitch. It was supposed to be more “relationship-based”.

All of that was fine and dandy… until the dramatic shift in our society over the last 3 to 5 years away from trust – especially from an inbound call from someone you don’t have a previous relationship with.

You see, if your sales team’s “belief system” is they should be asking “probing” questions to properly “qualify” a potential client who they don’t have a previous relationship with, they aren’t developing a client, they’re burning a lead andwasting your company sales productivity time.

Here’s where the “rubber meets the road”:

Even if you still attempt to engage a potential client over the phone using those “consultative” questions and assuming they are willing to cooperate and answer your questions, there is a very high probability they are NOT TELLING YOU THE TRUTH.

Because you haven’t created trust with them yet.

Trust is absolutely a requirement before your potential client is going to reveal their problems.

And this why I believe the consultative selling model is no longer relevant as a way to initiate a conversation with a new prospective client.

You can’t approach potential clients by FISHING to find their problems anymore, because in this day and age, they just won’t tell you the truth.

The only option you have, which is what we teach here at Unlock The Game, is to enter the conversation ALREADY KNOWING THEIR PROBLEMS.

Welcome to a whole new world of selling, where you enter the dialogue already knowing more about your customers then they know about themselves.

That is the future of selling and that’s why many fast-growing companies have been knocking on my door lately trying to get my attention….because they know the old models of selling will no longer create trusting and profitable relationships to sustain their growth in the future.

When you crack the code on entering a conversation knowing more about your prospect’s issues than they do, you’re guaranteed to surpass your sales targets while at the same time differentiating yourself in the market as a “trusted brand”.

Your comments are welcome below.